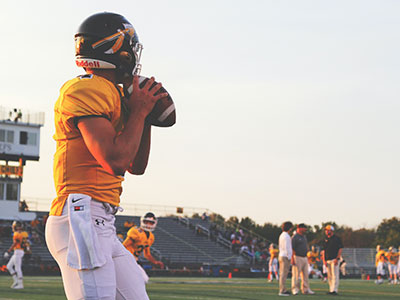 “Everyone has rookie moments in their early years.”

– Ronnie Lott on why his foundation provides training and mentoring, and not just grants, for new nonprofits

Ronnie Lott knows all about development. As an NFL Hall of Famer, he experienced firsthand how far a talented young player can go when he gets the right coaching and support.

And in his second career as a venture capitalist, he became the one doing the mentoring, providing guidance, connections, and other forms of support to promising startups.

In this month’s issue, you’ll learn more about ASHK’s effort to “go beyond the grant.” And you’ll also find out other ways smart givers are working through their own challenges, from the right way to measure their performance to how they should be taking care of themselves.

‘We Were Idolizing Money’: How the Yoons Decided to Give More Than They Keep (National Christian Foundation) – Andy and Mel Yoon weren’t happy. Then David Platt’s book ‘Radical’ convinced them to make a commitment that would change their lives forever.

VIDEO: Ray Dalio Loves To Be Told He Was Wrong (Philanthropy Roundtable) – The founder of the world’s largest hedge fund and the bestselling author of ‘Principles’ thinks radical honesty is the key to success. Read a summary of his “Doers to Donors” interview here.

Everyone Needs to Practice Self-Aid. (That Means You.) (The Better Samaritan) – The cofounders of the “Spiritual First Aid” program have a simple argument: “To care well for others, we must care well for ourselves.” Here’s how to do that.

Are Common Financial Measures Holding Charities Back? (The Conversation) – Many assume charities must keep “overhead” costs low to be effective. But an analysis of more than 4,000 large nonprofits found plenty of reasons to doubt the conventional wisdom.