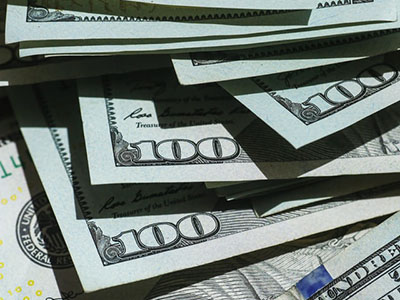 “We think of ourselves as first responders.”

In spring 2020, nonprofits were bracing for catastrophe. A May survey by the Center for Effective Philanthropy showed 80% of organizations expected to tap into cash reserves that year.

But then something happened: people stepped up. Despite fears that an uncertain economy would cause support to plummet, a new Giving USA report shows donations grew more than 5% last year.

Many organizations still struggled. But the feared worst-case scenarios largely didn’t materialize. And because of that, charities like Cathy Moore’s Epiphany Community Health Outreach Services (ECHOS) were able to keep going—and to keep proving that nonprofits are just as vital in a crisis as other frontline responders.

5 Common Obstacles to Generosity (And How to Overcome Them) (National Christian Foundation) – There’s no question: building wealth and giving it away are two different skill sets. Here’s why you might struggle with effective giving even if you’re great with money.

The Benefits of Donating Appreciated Stock (Charity Navigator) – The market soared over the past year. Could donating appreciated stock be a savvy way to reduce your tax bill while doing good?

Do Billionaire Donors Deserve Credit—or Criticism? (The Conversation) – High-profile gifts from the ultra-wealthy are making headlines. But some think mega-philanthropy gives donors too much influence. Here’s what both critics and defenders are saying.

The ‘Giving USA’ Report Proves Donors Stepped Up in 2020 (The Hill) – Despite fears giving would plunge last year, a major new report shows it actually surged. Center for Effective Philanthropy president Phil Buchanan explains why that mattered so much.

Visualizing 70 Years of Refugee Journeys for World Refugee Day (Al Jazeera) – Which countries did refugees flee despite a raging pandemic in 2020? These graphics answer that question and more using decades of U.N. data.