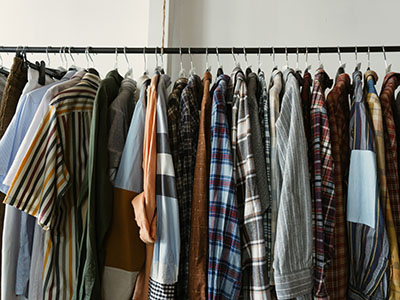 “It’s like ‘what does he get out of it?’ Nothing, except that he wants to help people.”

It wasn’t fair. Leon Feingold and Yuanyuan Wang had been engaged for less than a week when Yuanyuan found out she had terminal metastatic cancer.

But as devastating as that news was, something happened that made the situation more bearable: people helped. A lot of people.

Friends and family swiftly stepped in to get Yuanyuan medical care, to fly in her family from China, and even to plan a 300-person wedding in 7 days.

Many people would have succumbed to bitterness after such a cruel twist of fate. Not Leon. Five years on, he’s still focused on honoring his late wife’s legacy, and on repaying the kindness the couple was shown in her final months.

You can read more about Leon’s colossal effort to pay that kindness forward in this month’s issue. His story is a vivid reminder of what unites us as philanthropists: we all feel a duty to show gratitude for what we’ve been given—even if we can’t all volunteer 80 hours a week like Leon.

Leon Feingold Can’t Stop Paying It Forward (Christian Science Monitor) – A personal tragedy inspired one New Yorker to start the “pop-up charity” House of Good Deeds. Now he works 80-hour weeks for free to bring his neighbors what they need.

Should All Your Giving Be in Secret? (Gospel Patrons) – Gospel Patrons founder John Rinehart on why Christians should talk about their giving, despite the risk of indulging in self-seeking.

A Donor’s Guide to Afghanistan’s Complex Humanitarian Emergency (Center for Disaster Philanthropy) – Here’s how you can help the people caught in the middle of the country’s volatile political crisis.

A Special Team of Refugees Is Making History at the Tokyo Paralympics (SBS News) – Six athletes with disabilities are inspiring the world after overcoming conflict and oppression to participate in the games.